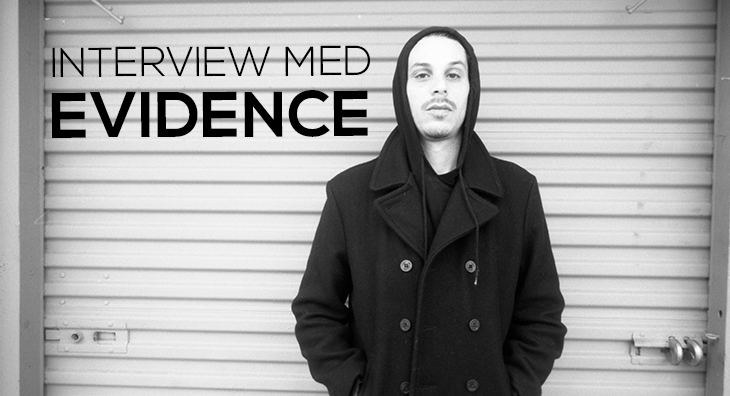 Your new album, Weather or Not has been out for about half a year. How has the reception been so far?
Really Good. It took a while to make this record and I kind of got lost in it a few times from just having too much time to sit with it, but it seems like that extra time actually helped now that I’m looking back on it. It let time tell me what was good enough to keep and what I should scrap. Most of the reviews have all been real strong and I’ve seen a lot of album of the year talk which is humbling and makes me wanna go back and try to make the next one better.

“I’ve gone through more than just rapping,
so to hide what I’ve been through just doesn’t feel right.”

This album is much more personal than your previous work. Did you feel that now was the right time to open a bit more up as an artist?
I’m on an independent label that allows me to have creative freedom. To only be rapping about rapping at this point in my life and career would be a disservice to myself and my people who listen to me. I’ve gone through more than just rapping, so to hide what I’ve been through just doesn’t feel right. I think the album has a good balance and that’s what I’m proud of.

Was that balance difficult to get just right?
If the album is feeling too emo, scale it back with some hard shit and vice versa. That’s the art of shaping an album, you gotta know what to kill and what to keep.

You have been making music for a long time now. Are you where you want to be in your career?
I’m just learning things I missed back then. I’m learning new things everyday, so I’m definitely not where I want to be creatively. I’m still pushing forward, but my career has been pretty good to me so don’t want to shit on it. Yea sure, maybe a little more of this or that, but I’m grateful for all I’ve accomplished.

I think people think I’m a torch bearer for underground rap or boom bap beats, but I’m not, it’s just the music that I actually like. So I know what comes with that… limited radio play, major labels not pushing it, less money in marketing, promotion, and videos and yet I have no desire to try to fit in with anyone. So it’s showing me this is what I really Love. It’s about shows, YouTube, and selling my albums. I have found there is a solid career financially in this without having to play the industry game. I don’t feel like I’m in the industry.

“I have found there is a solid career financially in this
without having to play the industry game.”

You seem like a very humble guy. Do you find it difficult to stay like that, in a tough business like the music business?
Outside of rap music if you meet an artist who’s really admired and killing shit, you’ll find they are always the most humble and grateful, but in rap you have to have a fighter or competition attitude because some view it as a sport. To some extent I agree with that if we’re talking about battling, but that shouldn’t necessarily carry over into making music. Making a great song is a whole world of your own and if you think about competition while you’re creating, you might end up with a song that sounds like you’re competing instead of just being the best you. 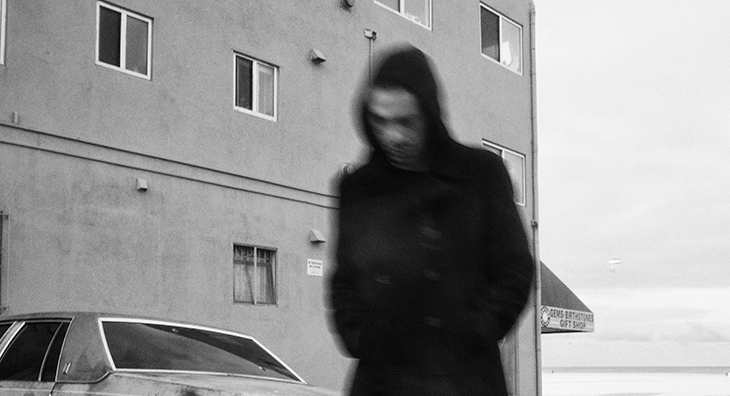 How do you feel about the new wave of young rappers who tend to focus more on mumble rap, trap beats and simple lyrics?
Some good, some trash. It’s just a different style, pop rap I mean. It requires a different skill set than what I do. I’m a producer also so I understand why it works, yet once again, I just like the sound of what me and my homies make, so that’s what I do. New rap that you’re referring to works for the same reason that all commercial music works, it’s about the hook and the beat. They figured out that sometimes the verses aren’t the most important part of the song. Take Sweet Home Alabama for example. We all know the beat and the hook, only the die hard fans know the verses. Some of the music I like is focused on the verses. Sometimes we never even make a hook. It’s a different thing. Whatever floats your boat.

Do your fans mostly consist of old school hiphop heads, or do you reach a younger audience as well?
No. It’s for likeminded people. I give a fuck about the age. If that’s the vibe you put out, you will soon have to make your shows All Ages or there will be hell to pay. I’m blessed to have a new generation fucking with me.

You have been in Denmark every year for the last handful of years. Do you have any particular things you do when you are here?
The obvious, locate the weed, and you know where. Once that’s straight, I venture out and go record shopping and take pictures.

Is there any difference in playing a show back home compared to Europe?
Only language barrier.

If you have never been to an Evidence concert, what can you as a fan expect from your show?
You’ll leave happy.

It seems like a big trend in album cover design right now, is to have a single photo stand alone with no text on it. As it is with your newest album. Can you share some thoughts on this and the creation of your album cover?
My album cover is a panoramic that opens up on both sides. The inspiration for it was a photo of James Dean called, Boulevard Of Broken Dreams by Dennis Stock. We found the same Leica Camera he used and shot it on film. The difference between me and everyone else is, we didn’t put the parental advisory sticker on it hahahaha. It was way too classy in my opinion to put text on it. Has nothing to do with a trend.

Your Instagram account is quite popular among photography fans, and I’m sure you have fans who are only there for the photos and not because you are a musician. How was it to kind of “start over” as a photographer?
At first I didn’t tell anyone I was a rapper although most knew who I was regardless on instagram. My Mom was a photographer, so I tried to make it creative. Now I just show it all. Who I am and what I do. The app got too big for me to be trying to compete as a photographer, I still shoot a lot, just don’t post as many photos anymore, because it got boring after a while. I shoot my Son all day. Instagram got me ready for that.

What can photography give you that making music cannot?
Both the same. It’s creative shit, just different approach.

Is there any similarities between the two – photography and music?
Yea sure. Get an idea and bring it to life. Photos and music are the two most important things on this earth. When you pass on, you become a photo. If you make music, you become a voice.

As a creative person, how important is it for you to have another creative outlet besides making music?
Music takes up most of my creative time, but it’s good to remind people that rappers can do more than rap.

Who inspires you as an artist? Both visually and musically?
Alchemist, Jason Goldwatch, Sebb, Westside Gunn, Stephen Vanasco, Twiz The Beat Pro, Dj Premier, Nychos, Niko Beats, Rapsody, Slug, just a few that come to mind. Nottz, Mr Green, a lot of people, leaving so many out.

So, what is next for Evidence?
Next Solo Album, another Step Brothers with Alchemist. Instrumental Album called, Squirrel Tape Instrumentals production for Krondon Album. Everlast production, a bunch of shit.

Anything else you would like to add?
Thank You to everyone who has been understanding of all the things going on in my personal life right now and giving me space to heal. I’m looking forward to getting to Europe to tour this album. 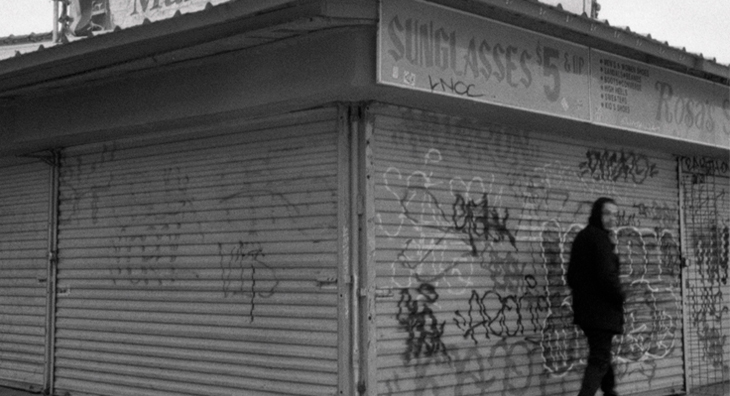 “Some think I’m clever, others think I’m the one
Who makes too many references to weather
Or not…”

This error message is only visible to WordPress admins

Make sure this account has posts available on instagram.com.